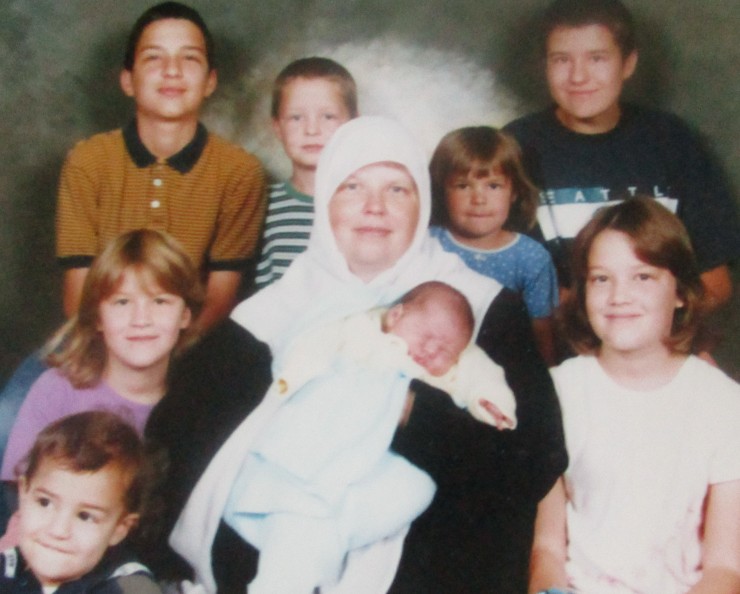 I stood motionless at the computer, looking at words that seemed to hang in mid air. I read them over numerous times, an eery calm spread throughout my body, like the serenity that proceeds a looming storm. I felt weightless and non existent, much like a cloud that drifts over a field, hanging dizzily until it dissipates and mixes with the horizon. My legs wobbled and gave way as I sat in the rummage sale chair that mom had lovingly purchased when we moved into the tiny apartment. I saw what was written, each and every letter, carefully put together to form words and sentences, but somehow my brain could not fathom what the actual lines said.  I sat blankly, picking at the pink textured knobs of thread that hung loosely from the chair. A sweeping flush spread over me and my mind finally sucked in the true meaning of this proclamation. Panic, relief and sadness flooded my being, until it all came to a halt and became real.

It had been one year since we left Saudi and did not return.  Foof and Abudi  did not speak the words, but it was clear, hours of interrogation while they sat listening helplessly outside a locked door, implements, tools and chairs being thrown and dinners spent awkwardly watching me exiled from the family table, had now come to the inevitable conclusion.  They would tolerate no more and informed me that they would not return! This was the impetus that launched our new life in America.

My job at 2 a.m. delivering newspapers had been short lived, the gas alone in our large vehicle did not make it worth the paycheck. I still held down a job at the girls co-op as a cook and cleaned the occasional building when time allowed. It had been a year of new beginnings with my eldest daughter starting University, Foof getting a job at a local restaurant and the two boys entering the American school system. I drove Saleeha to campus each morning, dropped Foof off at her job and then returned home to work on lessons for the three kids who were too afraid to attend public school. In the afternoon I ran to the store to purchase the necessary items to cook for the 25 girls at the co-op. After work I helped the boys complete their homework and pulled together a quick meal. We had carved out an existence and were forging on through daily life when he announced his arrival after no contact for 7 months. He came for three weeks and stayed at the local hotel. The children went on routine visits where he quizzed them about mama and how I was surviving without his financial help. He sent me meals from local restaurants and messages through the children, pleading to have a sit down and work things out. Finally he wrote a second email, illuminating me on his rights as a father, explaining that he had been to court, had spoken to authorities and could take his children at any time. We met and some sort of a make shift reconciliation was reached, peppered with threats and insults, wrapped up in a colorful bow of his adoration and abiding love.

He left and went back to Riyadh, sent money for 3 months, waited not so patiently for me to come to my senses and return, and now here I stood reading yet another email, one that left me confused and bewildered.

“I am getting married”  I had listened to threats for years, but now it had finally become reality. Little did I know he was already married with a baby on the way.