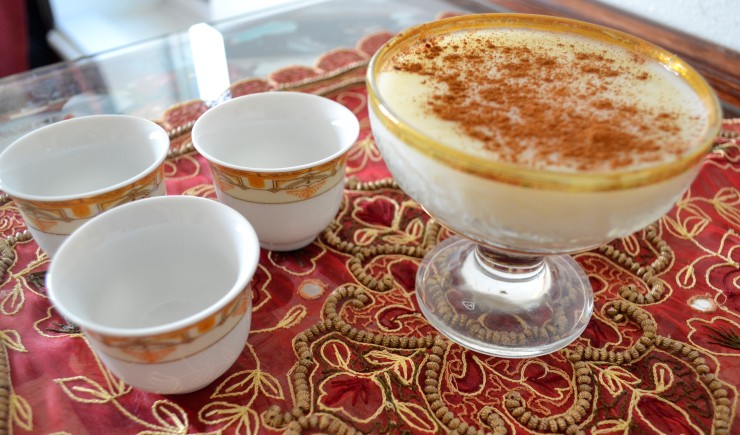 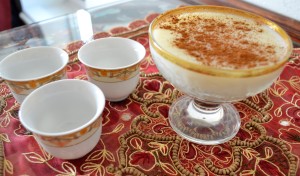 Many countries have a recipe for rice pudding. It was never a favorite of mine, but when I tried this Middle Eastern version I found that I liked it and went to making it right way.  I read many recipes in books and they didn’t turn out well. I ended up with a big bunch of sticky mess or possibly scorched tasting goo and when I served it the same response from Arab guests, “Hmm What’s this?” So I decided I had to figure this out! A  neighbor on the compound who was from Jordan, made it and it was perfect so I asked her my usual question “Can I come watch?”

After watching her I made it many times until I perfected it and again put my own touch on it. So the following is Roz Halib -Rice Pudding

Roz is RICE Halib is milk.

1Tbs. cornstarch mixed in a little water according to package directions

Mix water, milk , sugar and rice in pan and bring to a boil.

I use a large pan because milk can boil over, making a huge mess! I let it boil, then turn down right away, cover it and keep it low boiling for about 30 minutes or until rice is very soft. Make sure it is just boiling we don’t want it to scorch! 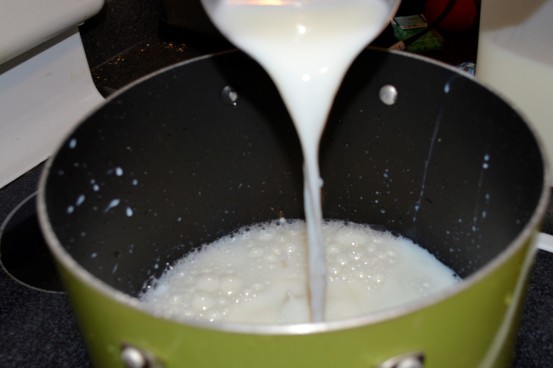 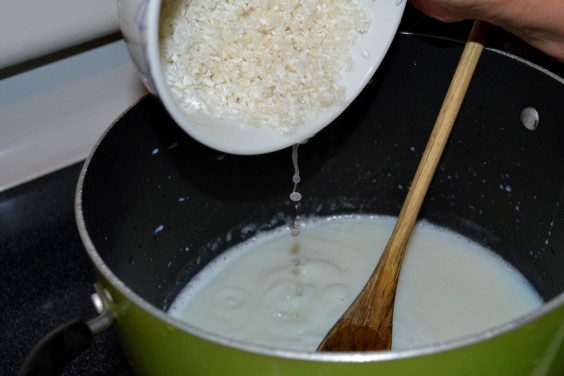 Turn heat off. Mix cornstarch with some water to dissolve. Add to milk mixture and whisk well, turn heat back on whisking it so it doesn’t get lumpy, cook a few more minutes and let it lightly boil. Turn off heat. Stir in Rose Water.

above is the consistency we are looking for

There are many ways to make this dessert, some people like lots of rice and thicker pudding or much more rose water. I like mine to have rice just floating in it. So it depends on your taste. My kids do not love rose water but do like a little hint so it really is an individual taste.

Once pudding has thickened  turn off heat and cool slightly, pour into dessert cups. Some people top with chopped pistachio nuts, we like a sprinkle of cinnamon. Put dishes in refrigerator and let set and cool before eating. 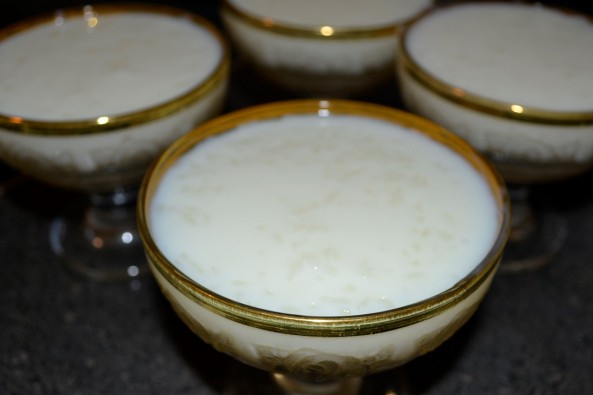 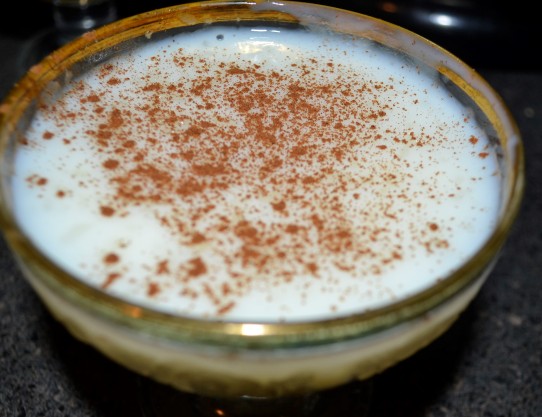 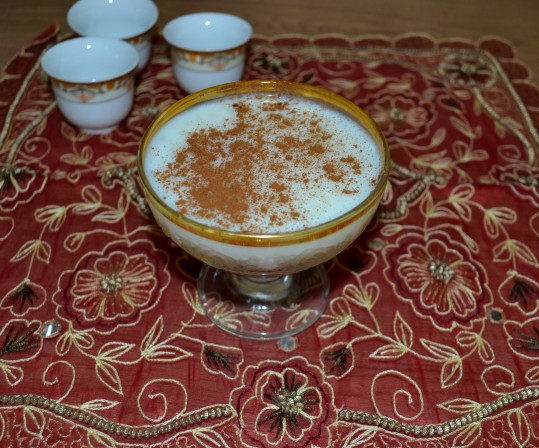