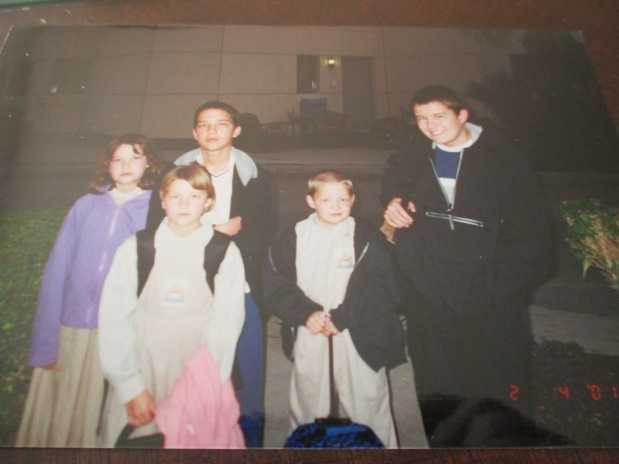 Three of my girls attended a small Saudi school in a neighborhood in Riyadh. This is a story of the first fire drill they tried to implement and how it was handled in a typical Saudi school.

The girls dropped their backpacks as they entered the villa, warning glances shot between the three as they made their way across the room. A familiar feeling gripped me reminiscent of many school days in the past. I struggled to keep silent knowing that any events that occurred at school were supposed to stay within the confines of that day, place and time. Issues that were daringly brought to light, were then dissected and proper instruction on avoiding further incidents were discussed at length. This process could take days or possibly months and involved potential restrictions on an already guarded freedom.

I greeted them, hugging and holding them close, a signal that meant I knew there had been trouble. They smiled with relief and ran to change out of their uniforms leaving a trail of shoes and hair ties behind them. I watched as they gleefully hopped up the stairs and then back down to sit for their afternoon meal. He must have sensed the tension as well and inquired about their day in an unrelenting fashion until little Soos finally broke down and opened the door for the upcoming inquisition.

Teachers and supervisors scurried through the building waving their arms frantically, girls sobbed uncontrollably making their way down the stairs, tripping and flailing along the way. The school staff yelled out, exclaiming that there was fire everywhere, instructing the young ones to run, pointing to their bodies at make believe flames they brought to life with frenzied voices. Mayhem overtook the facility and the two buildings that surrounded a small courtyard were engulfed in a simulated inferno. Girls whaled as they called out for their siblings, tumbling down stair wells, hurling backpacks and pleading for God’s help from impending doom.  Saleeha and Fattima found each other and searched for little Soos in the pandemonium and disorder. They located her and with no evidence of a fire, stood near the gate, watching in horror as the scene unfolded. Finally the principal spoke into a microphone in an angry and irritated tone, announcing that the first of many fire drills had now been completed.