Jacki, mom to be

As many of my friends recall, I made a post in January about becoming a Grama! My oldest son Osama and his wife Jacki are expecting twin boys! From the beginning they were told this was a high risk pregnancy and close monitoring would be needed. Many of my friends have asked about Jacki and the babies and so now I am pleased to report that she is in week 33. She is doing well and so are the babies and of course we are still watching and waiting. 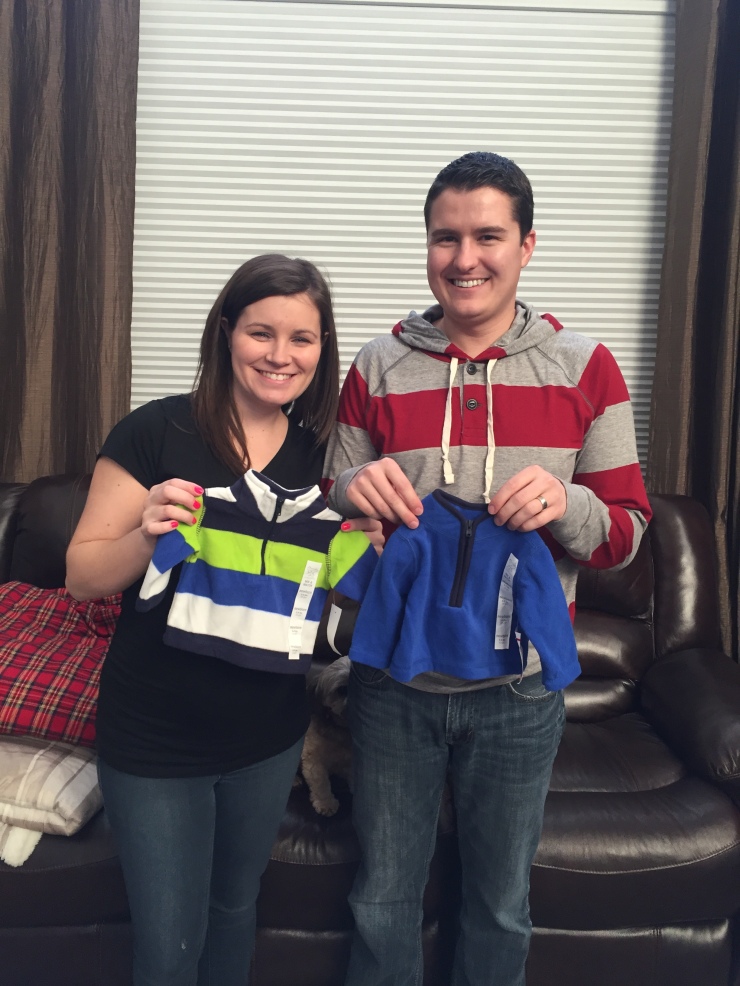 Osama and Jacki in January

This past weekend my mother wanted to host a shower with family friends. Of course it was a special day in every way. My son Yusuf and his wife Alicia drove over from Seattle to be attend. Yusuf has always been creative and so it came as no surprise to me when he started wood working as a hobby.  He has spent the past few months designing and making a toy chest for the babies and he brought that to the shower. Everyone ewwed and awwed at his special gift. He and Alicia make a great team and I am so very grateful that they made the trip!

Most of the ladies at the shower have been part of our family, family friends, since I was around 8-10 years old. It was a very special time for me to be surrounded by these amazing people, all a part of my childhood! The girls all worked hard to get everything ready and had some fun along the way.  Mom planned the menu and did so much work getting ready for this event. I think she had fun with her friends and enjoyed the day!  Jacki looked beautiful and was a gracious mother to be! We laughed, ate lunch, played little games and  Jacki opened the gifts. 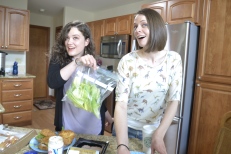 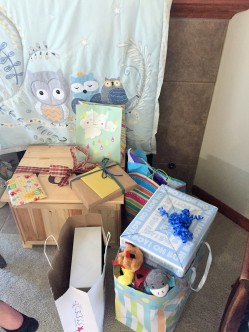 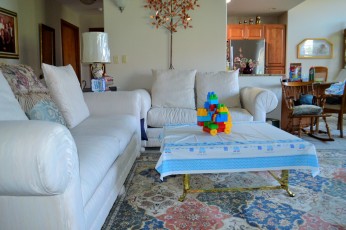 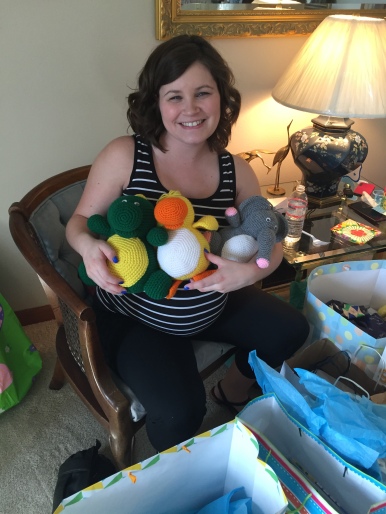 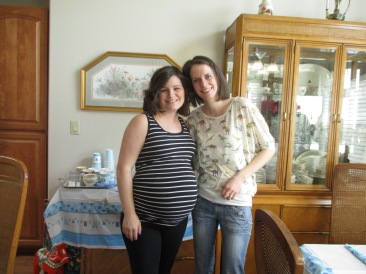 Meanwhile, the 5 brothers, Grampa and a special cousin, went to Osama’s house which is about 20 minutes away.  They barbecued  burgers, steaks and ribs, played video games and had badminton tournaments. After the shower and clean up, we drove out to the house and joined them for more fun. 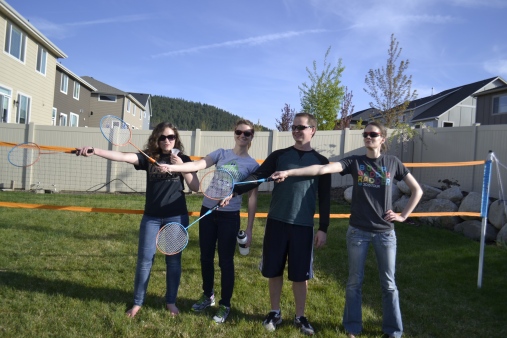 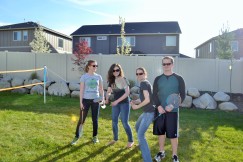 When it was time to go home, everyone asked if we could spend the night and so we did! Osama did the dishes, ran around picking up, taking orders for food and making sure everyone had fun. When he was a kid he would wake up early, get the kids together, clean the house and make breakfast allowing me to sleep in. So, he hasn’t changed and I am proud and confident he will be a great father! Foof, Sumaya and Deeja decided to head home and we would follow the next morning. The rest of us, discussed books, movies and life, while the boys played board games. It was a wonderful family weekend and I thank all who were involved!

I am so very proud of all of my kids for doing their best and trying hard to move forward in this life. I know Osama and Jacki will be great parents and we are all getting very excited! 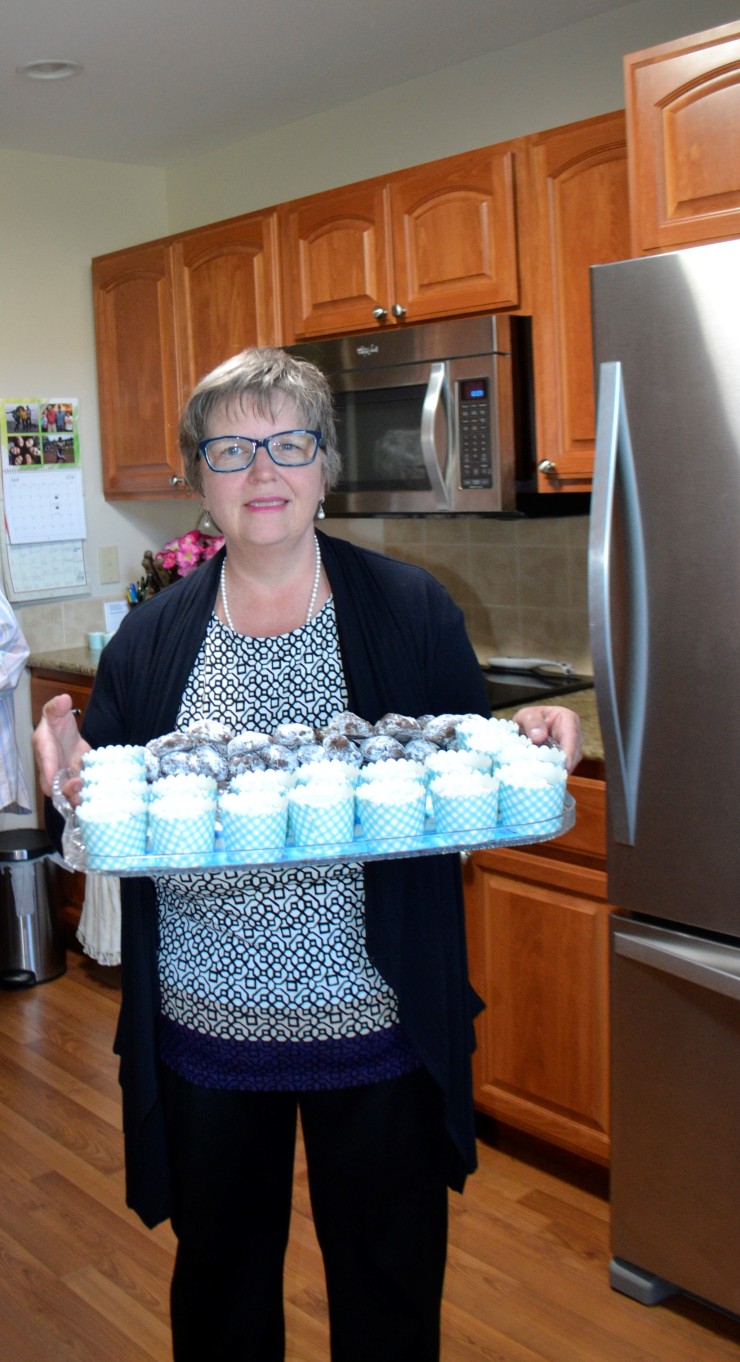