I want to wish all of my friends a happy holiday season, whatever holidays you may observe! My oldest son and daughter in law will be dropping mom and dad off and we will be hanging out, relaxing. So, no posting tomorrow but I will be around saying hi!

This winter break I have college kids, high school kids and middle school kids who are all sitting around bored! I told them I have a little extra and they could go bowling, ice skating, see a movie or two! But, instead they did what our family has done for years-make do!!

In Saudi with not much else to do they made pinatas, videos of magic acts, went down the stairs in a box, did lots of crafts with recycled stuff, made houses out of the pads and in general used their imaginations. They had very few toys except the special things Grama and Grampa brought, but they were always happy!  I felt bad that maybe they were missing out! But, when I look back, I know that things do not make you happy!  So in keeping with our family tradition of using only our imaginations and what is easily available, the girls made a snow woman! 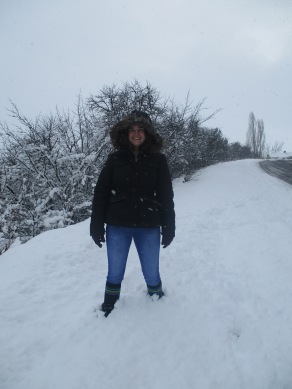 The boys stood looking out at snow woman, discussing plans of what they could make, soon blocks of snow (using my planters,typical! ) were scooped out and stacked! The snow woman was pushed aside by tools and piles of snow, making her lopsided, competition ensued! The snow fort was fortified, enlarged and improved. The girls talked of taking down the fort brick by brick, arguing over snow woman’s untimely demise! The boys said that they only “moved her very carefully to start construction!” 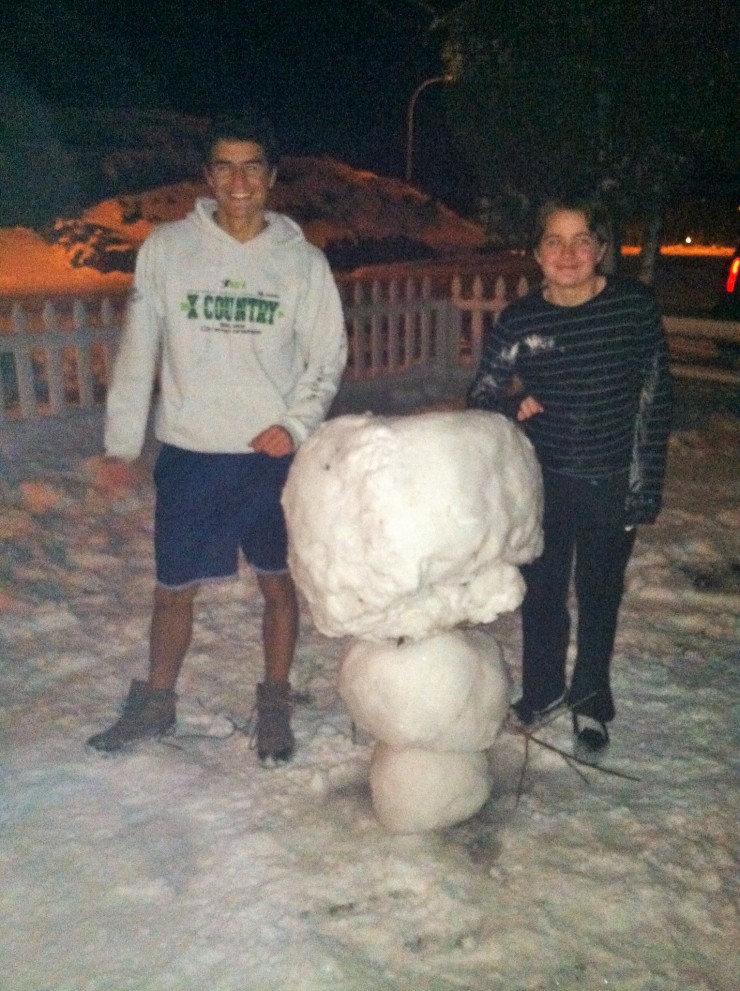 Finally a deal was made and the girls started working on the snow fort, adding their special touch! 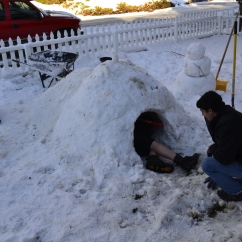