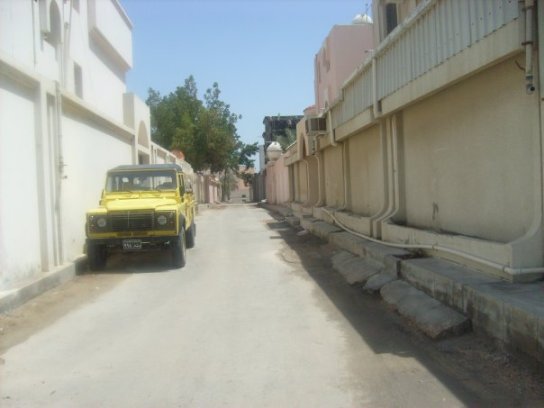 After living for almost a year in Riyadh, we moved to an apartment. It was located downtown right next door to a boy’s school. Unlike the villa which had only one, small, brown plastic window high in the left hand corner of each room, this had huge clear windows. Living without a window to look out of might sound like a silly problem, but it is really a huge issue. Not being able to look outside at plants, animals or just a street, can be very depressing. The windows in the old villa were obviously not see thru but when they were opened were too high up anyway to see anything. So these clear windows with a view of busy downtown life were a welcome change for sure. Also not being able to drive or get out is a challenge so having a school next door for my two older sons was a huge benefit.

We didn’ t have much in the way of furniture so having it loaded onto a truck and carted over a few miles away was simple. The apartment was larger and new which was important because workmanship wasn’t always the best back then.

There was one huge catch, no official electricity! Rent was free until electricity was brought to this building which was supposed to come in a couple days but ultimately took 6 months. Now this is not to say we had no electricity, it was just fleeting. It was off and on which made cooking and food preparation tricky. Each day we were told “tomorrow, tomorrow” but each day no progress.

The boys attended the school next door so I could watch them walk there and back. There were huge improvements in this new chapter in Riyadh. I also met an Egyptian neighbor who was married to an American man. It was great to finally have windows and a friend.